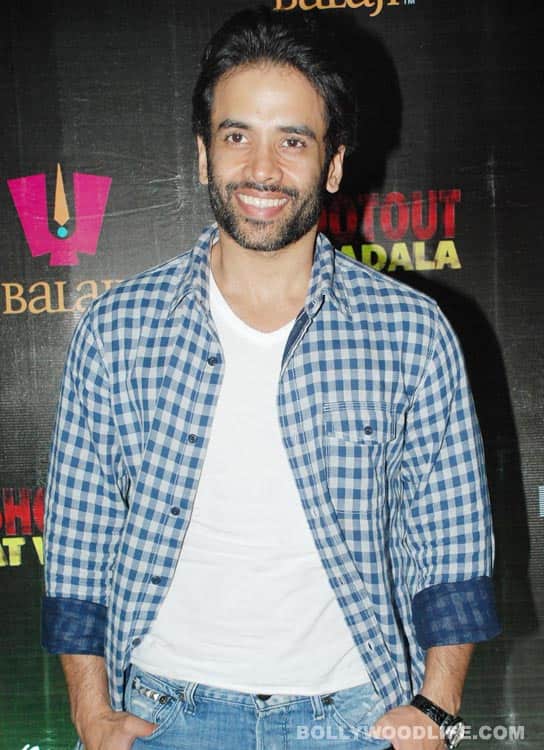 Actor Tusshar Kapoor is set to join the six-pack gang in Bollywood. The actor is working out hard for Kyaa Super Kool Hain Hum, in which he will go shirtless and reveal a sculpted body in a beach sequence. "My trainer is pushing me a lot. He is working hard on me for Kyaa Super Kool Hain Hum. There is a beach scene and if I have to go shirtless, I will have to be fit," Tusshar said. "It's fun to shock people and do something that you have not done before. I also have a seduction scene in the film," he added. Also Read - Kareena Kapoor Khan and Sonam Kapoor Ahuja starrer Veere Di Wedding receives an 'A' certificate from CBFC

A sequel to 2005 film Kyaa Kool Hain Hum, Kyaa Super Kool Hain Hum will be a sex comedy. And Tusshar feels the Indian audience is ready for such content. "Kyaa Super Kool... is quite a mad film. It's an adult film. Today, everybody is ready for it. They are accepting all kinds of cinema. Nobody is ashamed or embarrassed to watch a sex comedy. India has opened up and we are being very honest with the publicity of our film," the 35-year-old said. Also Read - Baaghi 2 movie review: Critics praise Tiger Shroff's action sequences and that is it!

Directed by Sachin Yardi, the film, releasing August 12, also features Riteish Deshmukh. One of the film's poster has the back of a topless woman in a yellow underwear, and her back reads 'Guess Who's Back'. "We have a bold trailer (for the film) and we are going to deliver what we are promising. It's going to be funny and audiences are going to laugh their heart out. When they go home, they will feel light and happy," he added. Also Read - Aishwarya Rai's desi avatar, Govinda's velvet jacket and Tiger Shroff's cleavage - view HQ pics from the Lion Awards 2017 red carpet

Tusshar Kapoor: I want to shock people with what I do in my films

Tusshar Kapoor: I’m enjoying this phase of my career