Vendhu Thanindhathu Kaadu: Gautham Menon opens up on what inspired him to make the film and why he chose Simbu as Muthu

Vendhu Thanindhathu Kaadu starring Simbu and directed by Gautham Menon has hit the big screens today. BollywoodLife recently interacted with Menon and spoke to him about the movie. 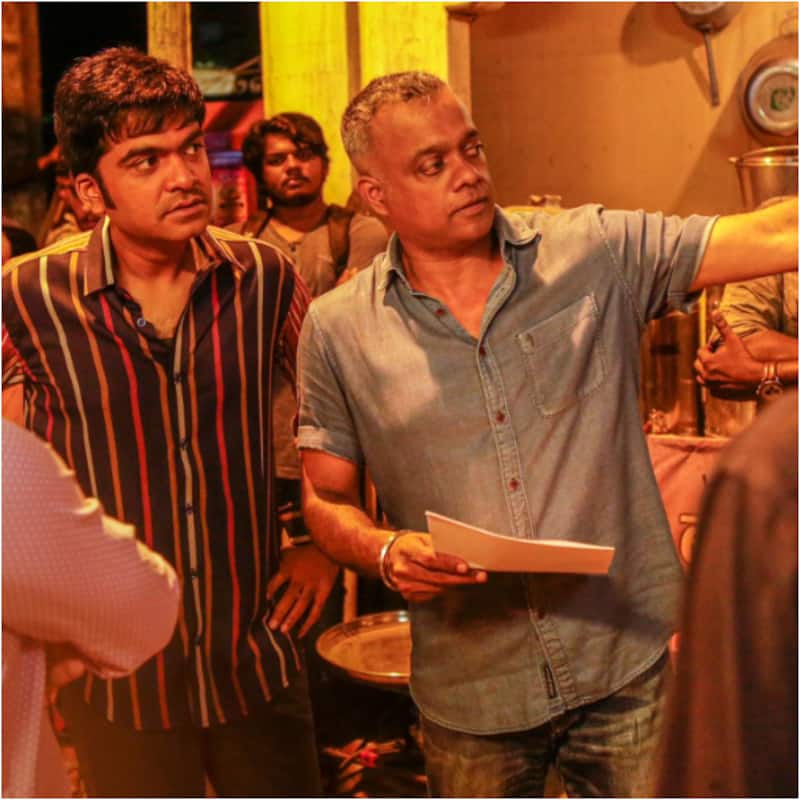 Vendhu Thanindhathu Kaadu is one of the most anticipated films directed by Gautham Vasudev Menon starring Simbu in the lead role. With Siddi Idhnani in the lead actress role, the film is also slated to release in Telugu as 'The Life of Muthu '. Bankrolled by K. Ganesh under the Wales Film International banner, the film is made on a grand scale. This movie is being released in Telugu by the famous production company Sri Sravani Movies. While the Tamil one hit the screens today, the Telugu version titled ‘The Life of Muthu’ is slated to release on September 17th. Ahead of the film's release, director Gautham Menon gave an interesting interview on the film and here's it. Also Read - Not Naga Chaitanya but this superstar was first choice for Ye Maaya Chesave – the film where Chay and Samantha Ruth Prabhu met and fell in love

What is the story of 'The Life of Muthu'...? The teaser and trailer are very different from the films you and Simbu have done before! Also Read - Nayanthara-Vignesh Shivan wedding: Virat Kohli, Katrina Kaif and more invited; top director to oversee ceremony – read all deets here

Both of us have done romantic films before. Compared to those movies, this is a very different film. This is a gangster film. Muthu lives in a small village. He goes to Mumbai for some reasons. Later the plot revolves around how Muthu gets into the dark world and What happened after that?. There is a dark side to Muthu's life. Also, there is love, romance and action. What he did to get out of that world forms the crux. Also Read - #BLRecommends: Samantha Ruth Prabhu and Naga Chaitanya movies that made us fall in love with them

What inspired you to make this film?

Initially, I wanted to do a love story with Simbu. Rahman sir composed a song also based on a love story. But, when there is one month left for the film's shooting, I met Jayamohan, a famous writer in Tamil, for another film. He told a short story of 15 minutes. I asked him what's next. He said that he had written only till there. Later, in ten days he gave me a 100-page script. As I read, the visuals flashed before my eyes. Then I wanted to make this gangster film by keeping the love story aside.

Why did you choose Simbu for this role and why make films with him again and again?

He is a terrific actor. He switches on ten seconds before the ‘action’ and is off his character ten second after you say cut. He is very dedicated, disciplined and a great actor to work with. He keeps surprising me with his work every time. It is a great experience to work with someone like him.

It has been announced that 'The Life of Muthu' will have a sequel. Was this decision taken during the script work itself? Or is it just for publicity?

It's not a publicity gimmick. When Jayamohan narrated the story, I thought that it cannot be made into a single film. When discussing it with him, I wanted to do it in two parts. Also don't compare my film with 'Baahubali' and 'Ponniyan Selvan'. They are huge movies. There are grander visuals. Due to the demand of this story, we are making it in two parts. Even after the completion of the film, my hero and producer asked to start the part 2 as soon as possible.

Sravanti Ravikishore is presenting this film in Telugu. Can you tell us about your working experience with him?

Even if we don't work with some people, we admire them. Even if it's small meetings, it feels comfortable when you meet some people. 'Sravanti' Ravikishor is one such person. With hero Ram, I shot a film for a few days. But, the project did not work out. Then we did it with Nani. Anyway, Ram is the reason why I got in touch with Ravi Kishore sir. He is like a bridge between us. Recently Ram and I met again. We discussed a movie. It will be produced by Ravikshore. Also I am happy that he is releasing my film 'The Life of Muthu' in Telugu.