Vidya Balan: I was thrilled about Begum Jaan but it wasn't absolutely easy 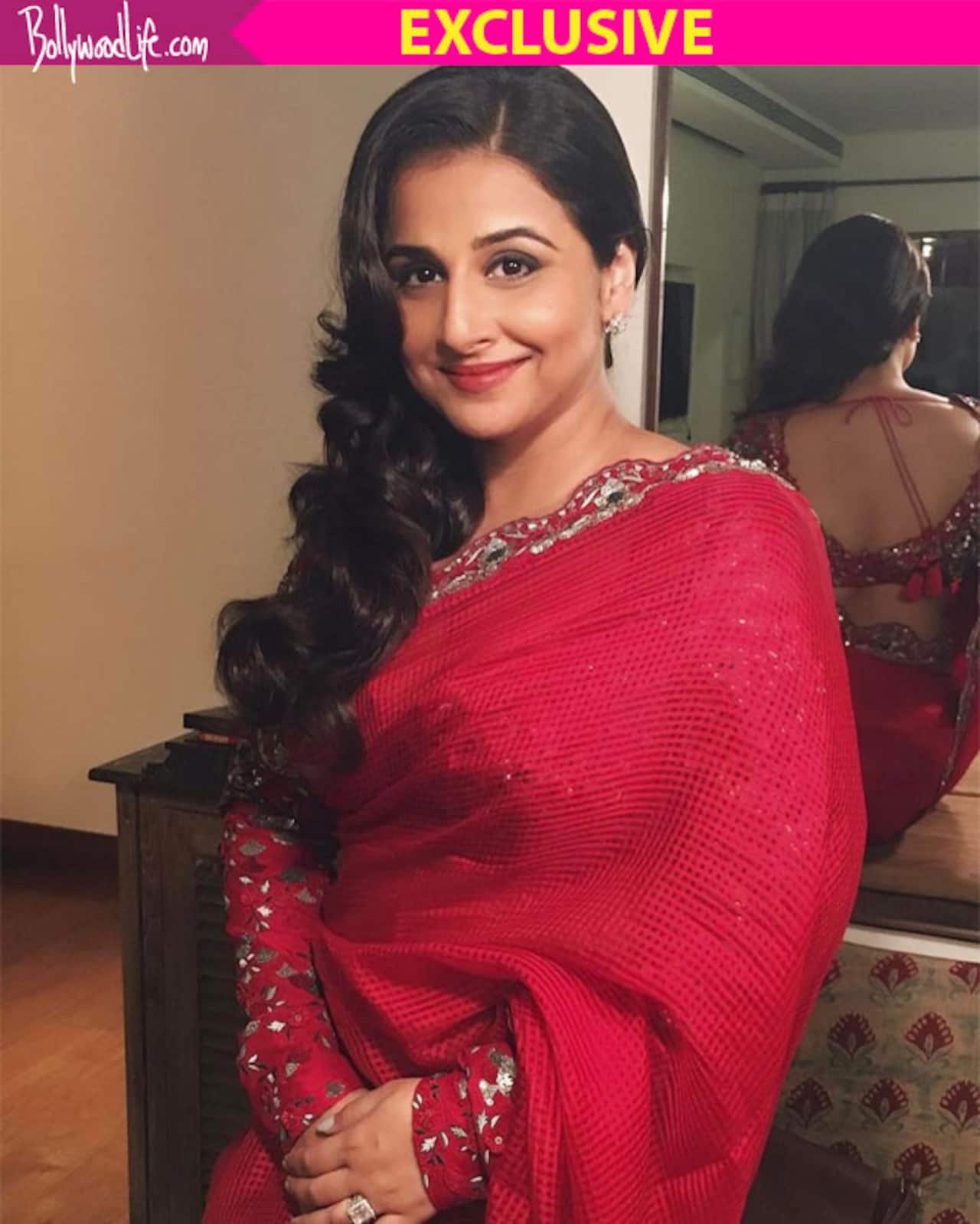 After the release of Kahaani 2, Vidya Balan returns to the big screen once again with Begum Jaan. Directed by Srijit Mukherji, the film is a Hindi remake of award winning Bengali film Rajkahini. The actress will be playing the madam of a brothel who is extremely powerful, aggressive and badass - something Vidya hasn't done before. We met the beautiful actress ahead of the release of the film. The actress looked gorgeous in a beige brown saree. I was a little nervous since it was my very first video interview but the actress made me comfortable and spoke about Begum Jaan, why she chose it, how she prepared for her role and much more. Read excerpts from the interview... Also Read - Worst dressed celebs of the week: Priyanka Chopra, Malaika Arora, Rakul Preet Singh's curated looks miss the mark

Like I am for every film. But Begum Jaan sees me playing a baddie. I am playing a badass woman which is something I haven't done before, so I am excited. Also Read - Trending TV News Today: Sumbul Touqeer team's message for Bigg Boss 16 makers, TV channels issued warning over Rishabh Pant accident coverage and more

Begum Jaan isn't a typical heroine-oriented film, it has shades of grey, so how difficult was it to play a darker character?

I have been looking to play a character with a strong dark side and I got Begum Jaan. I remember on the last day of promotions for Hamari Adhuri Kahani, or one of those, Bhatt saab asked me, what is it that you want to do and I said, I want to play a badass woman and he brought Begum Jaan to me. So I was waiting for the opportunity when I got it, I was thrilled but I won't say it was absolutely easy.Like for example when I had to slap someone, it was damn tough because I haven't slapped anyone.

What was the toughest part when it came to playing Begum Jaan?

Slapping, kicking. Initially, Srijit (director) would say if you don't give it your all, we'll have to keep shooting. After this, just the first couple of takes. Actually not the first couple of takes, the first couple of rehearsals. I thought I will see how much force I can apply, I was worried about ruining someone's face (laughs). I play the madam of a brothel who is very very aggressive and powerful. I don't think I have played such a powerful character so far. She is unabashedly powerful. There will be also a lot of physical power to her.

You are using quite a few cuss words in the film, did it take any kind of convincing?

It was absolutely easy. When I had to abuse for Ishqiya, I was like, how am I going to do it and I went and said sorry to Naseer saab but now I am okay. I enjoyed abusing, hitting and slapping (laughs).

Considering the current scenario with the Censor Board, do you think the film will get into a controversy?

No, we have got an A certificate without cuts which is great. We were asked to change a couple of words but it did not impact essence of the lines, the scene of the film so we were okay with it.

How did you prepare for the action scenes in the film?

I had to really get used to holding a rifle because it is very heavy so all of us went through some amount of practice. Because after holding it for a few seconds, your arms just give way but we managed well. It was actually fun. But because the action in this film was rawer, it required that much more energy.

Chunky Pandey is going to do away with his goofy side and play a baddie in Begum Jaan, what was your reaction when you found out he is playing the role?

My god, his look is just so incredible. I was thrilled. Srijit showed me his look, and I was like who? Is this Chunky Pandey? I could not believe it. He is looking so different, and that itself I think is half his job done. It is so nice to see Chunky in this role.

What was the toughest part, preparation wise?

Since there are so many heroines in the film, how was it? Was it cool or were there cat fights?

It is all rubbish. I think women are very transparent about what they feel. Men also have these ego clashes, but they don't show it which is more political. We show it because we are more transparent but there weren't any catfights because there wasn't any time firstly, we were racing against time because the rains had already hit Jharkhand when we began shooting. That actually bonded us and we were constantly supporting each other.

What was the learning from this film?

I am capable of shooting like this in 45-46 degrees heat, sweating away to glory and under those intense circumstances, I can be this intense.

What is your take on popular awards? Do you think they have lost their relevance?

I think it is wonderful to be appreciated for your work. I have received quite a few awards for my work and I am quite grateful so I don't want to diss the awards.I don't know about everyone getting an award, I can't comment on that but I just think you need to be a graceful loser also. So years you lose, some years you win, what the hell! I attended awards this year despite knowing I did not have too much of a shot at winning but you go and applaud other people's work.