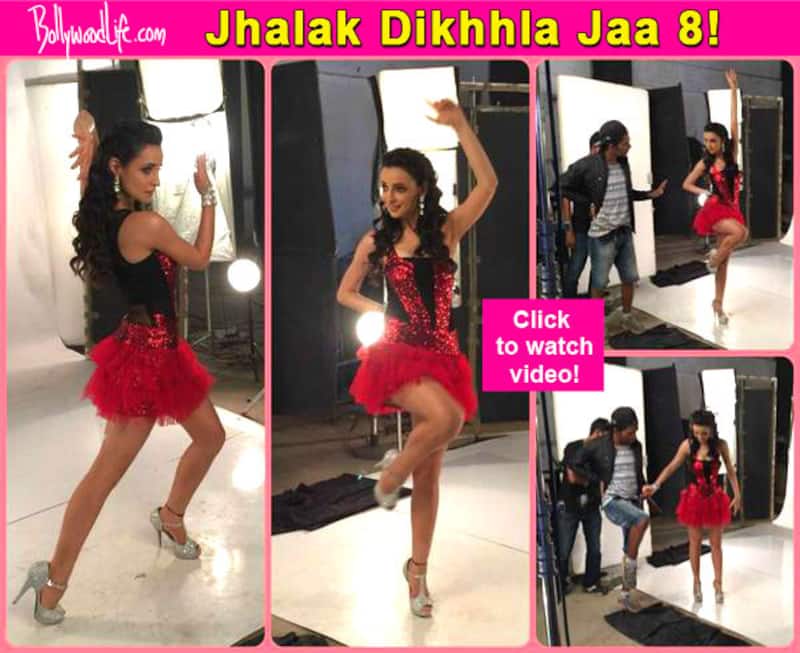 Jhalak Dikhhla Jaa 8 has some of Indian tellyland’s top actors as contestants this year and we are really looking forward to the line up. Sanaya Irani who recently shot her promotional video for JDJ is looking extremely hot. Also Read - Mohit Raina, Ridhi Dogra, Drashti Dhami, Barun Sobti and other TV stars whose marvelous performances on OTT shows left their fans STUNNED [View Pics]

After doing saas bahu drama for the last few years, it’s a welcome change to see the diva do something more interesting. For about two years, Colors has been poaching Sanaya to come on board for Jhalak, but the actress’ busy schedule didn’t let her take up anything new. Also Read - Independence Day 2022 Azaadi Ka Amrit Mahotsav: Drashti Dhami reveals what 'Asli Azaadi' means to her [Exclusive]

In 2013, Sanaya made an appearance on Jhalak to launch the show and also to support her best friend Drashti Dhami. Last year she came to support her co-star Ashish Sharma. Finally this year is Sanaya’s turn to be the one under pressure, scared and crazed as the contestant of JDJ8. Also Read - Drashti Dhami OPENS up on why she will never do reality shows like Bigg Boss or Khatron Ke Khiladi despite being offered several times

We caught a video of Sanaya’s promo shoot and let us tell you she’s stunning. It’s going to be extremely tough and absolutely unpredictable as to who will wow us and who will let us down. Watch the sneak peak of the promo and tell us what you think.