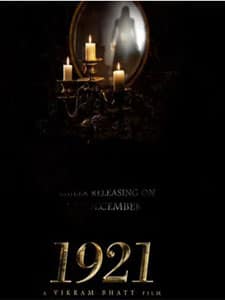 1921 is an upcoming bollywood horror movie starring Karan Kundra and Zareen Khan in the lead roles.Film is the fourth installment of 1920 (film series).The film is set in a school of music in North London and will feature Zaewwn Khan as a music student. 1921 is directed and produced by Vikram Bhatt under his banner -ASA productions and enterprises.The film 1921 will have a strong romantic and emotional premise between the lead pair.Movie is ready to release 12th January 2018.