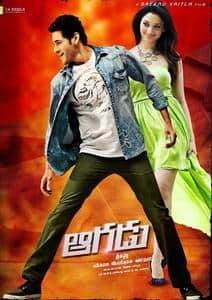 Aagadu (english: unstoppable man) is an upcoming telugu action comedy film written by anil ravipudi, upendra madhav and praveen varma and directed by srinu vaitla which features mahesh babu and tamannaah as the protagonists and sonu sood as the primary antagonist while shruti haasan made a special appearance by performing an item number. apart from them, the film features an ensemble cast of rajendra prasad, sai kumar, nadhiya, brahmanandam and m. s. narayana in key roles.