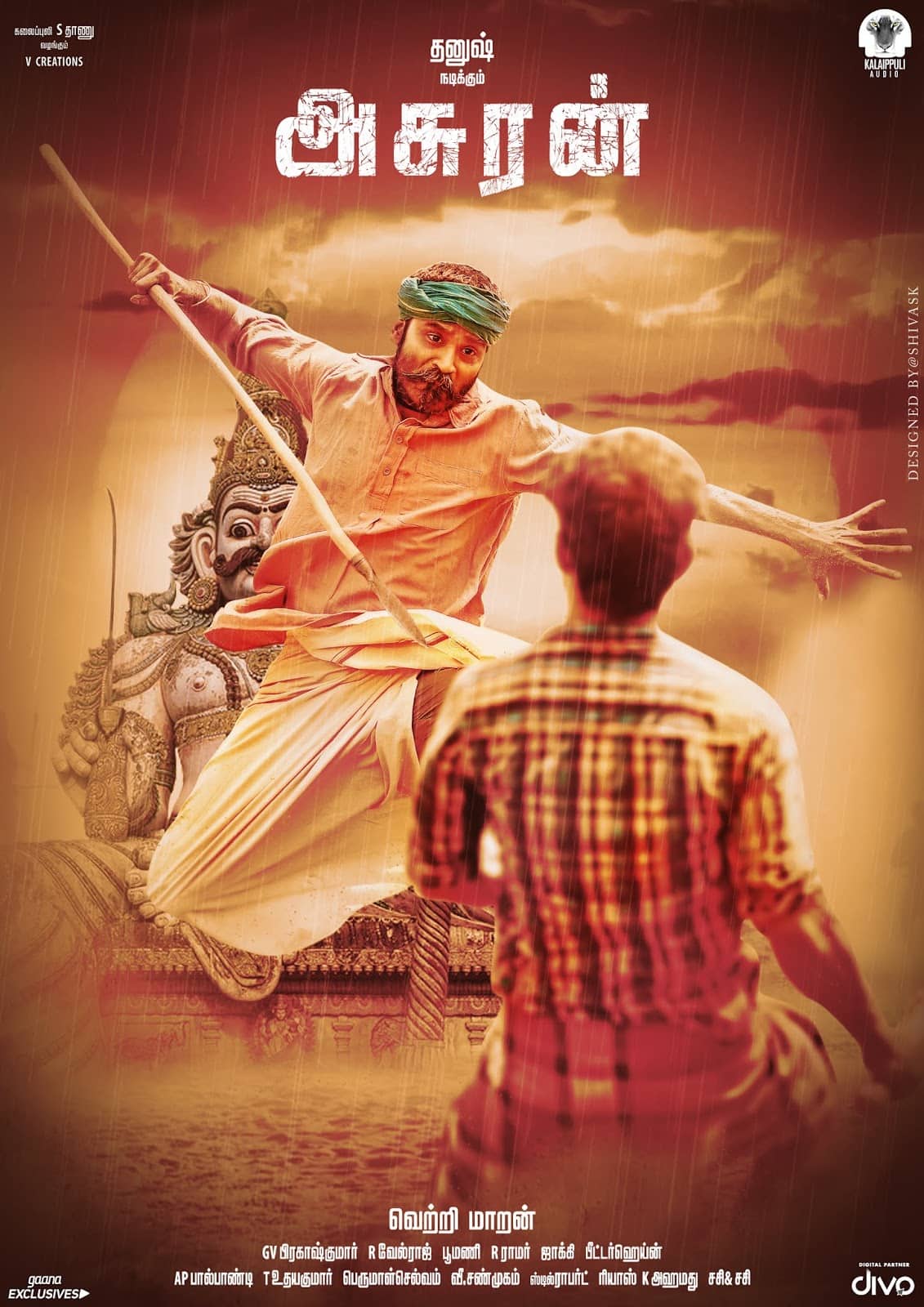 Asuran is an action film directed by Vetrimaaran, with the story taken from the novel Vekkai written by Poomani, a famous Tamil novelist. Dhanush plays two roles in this film. Famous Malayalam actress Manju Warrier plays the female lead. Many people expecting this movie will be the benchmark for Tamil cinema in both critically and commercially. Trailer of this film was released on Dhanush's birthday and the film was released on 3 October 2019.

Writer : M.s. Manimaran (screenplay), Poomani (based On The Novel)