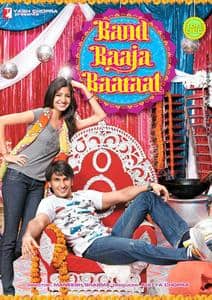 Band baaja baaraat (english: bands horns and revelry; released internationally as wedding planners) is a 2010 bollywood romance comedy directed by debutant maneesh sharma and stars newcomer ranveer singh with anushka sharma in the lead roles. produced and distributed by yash raj films, the film is a romantic comedy set in the world of wedding planning. it was released worldwide on 10 december 2010.