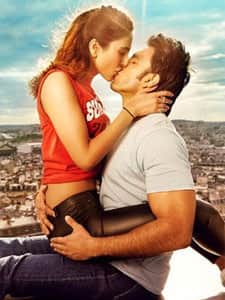 Ranveer Singh and Vaani Kapoor starrer Befikre is a romantic drama written, directed and produced by Aditya Chopra under his Yash Raj Films banner. The film’s posters have already proved that the film is going to be one hot affair. It is being said that the there are in total 23 kisses shared between co-stars Ranveer and Vaani. Ranveer is also going to go butt naked in this film which has raised the excitement levels for many. The film is slated to release on Dec 9,2016.