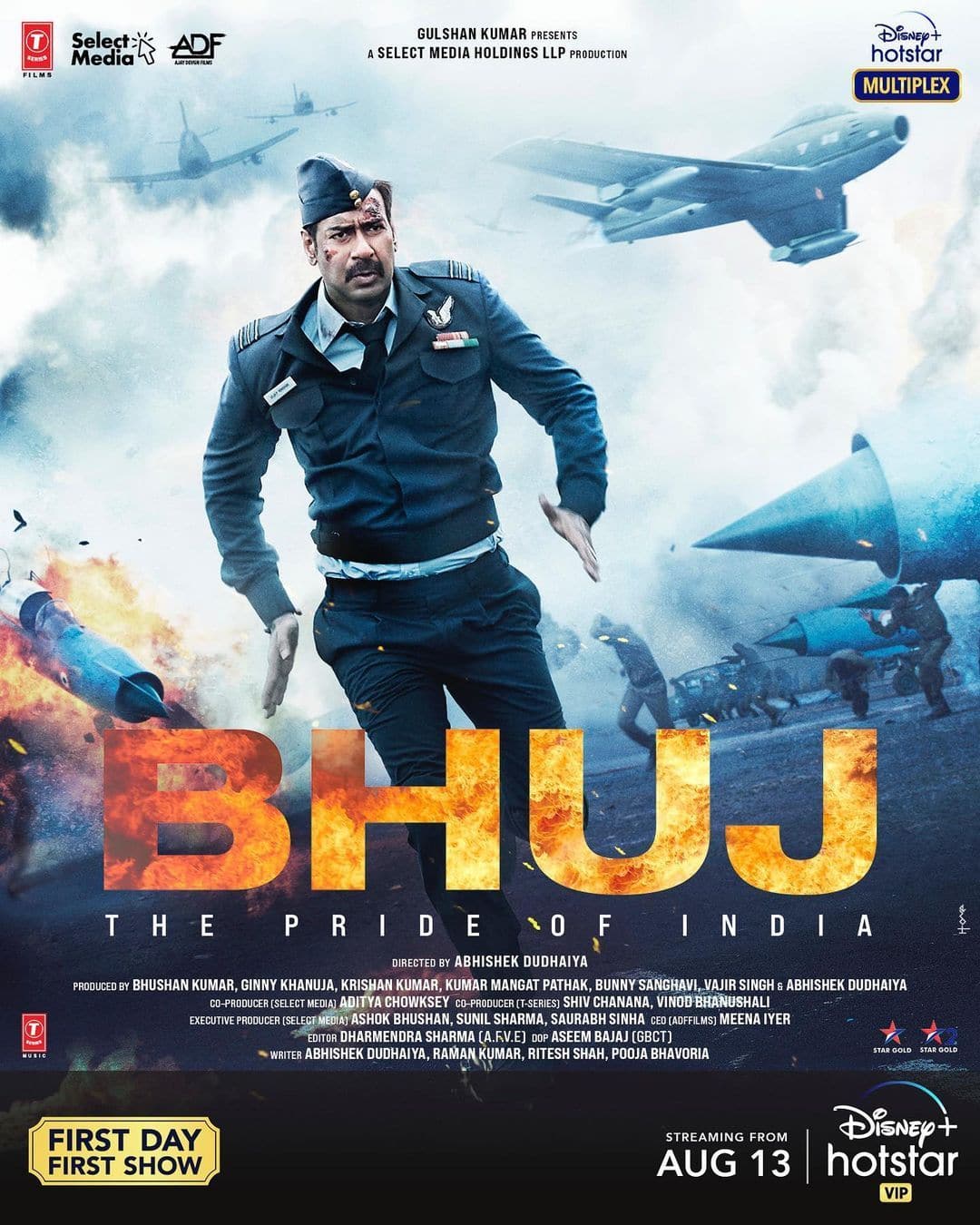 Bhuj: The Pride of India

Bhuj The Pride Of India is a Bollywood film starring Ajay Devgn, Sanjay Dutt, Sonakshi Sinha, Nora Fatehi and Amy Virk in pivotal roles. The film is directed by Abhishek Dudhaiya and Ginni Khanuja along with Bhushan Kumar, Krishna Kumar, Wazir Singh and Abhishek Dudhaiya himself are producing the film. Earlier this film was scheduled to release on the big screen on 14 August 2020, but it was postponed, after which the release date of this film is 13 August 2021. Due to the nationwide pandemic, the makers of the film have decided to release it on the online platform, Disney Hotstar. Through the valor stories of the soldiers of our country, we are preparing to celebrate the 72nd Republic Day on January 26, 2021. What better occasion to celebrate Indian brave soldiers and their inspirational stories. In the upcoming film 'Bhuj: The Pride of India', tribute has been paid to some such heroes of the country. This is the story of the bravery and hard work of 300 women from Madhapur village in Gujarat, who supported the Indian Air Force in the reconstruction of Bhuj airport during the Indo-Pakistani War of 1971.

Bhuj: The Pride of India Review

Bhuj: The Pride of India News