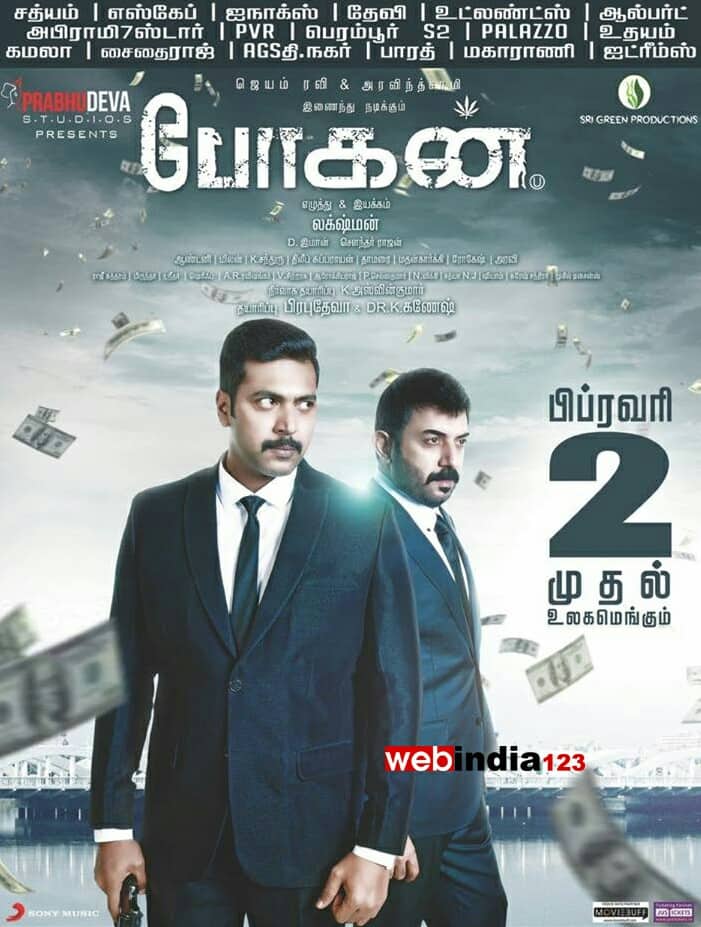 Bogan is about a police officer vikram played by Jayam ravi on his way to find a culprit on a bank theft case, happens to chase Adhithya, played by Arvind swami. Soon after vikram arrests Adhithya by a brilliant plan, the film takes its next level, with a terrific intervel block. Film is racy post interval and ends up as an above average thriller with fantastic performnace from Arvind swami and Jayam Ravi. Film has an adapted theme from some hollywood films, still makes a mark with racy script but has flaws with forceful afdition of songs and commercial must haves of tamil cinema.