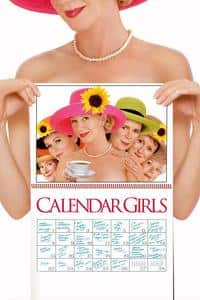 Calendar girls is a 2003 comedy film directed by nigel cole. produced by buena vista international and touchstone pictures, it features a screenplay by tim firth and juliette towhidi based on a true story of a group of yorkshire women who produced a nude calendar to raise money for leukaemia research under the auspices of the women's institutes in april 1999.