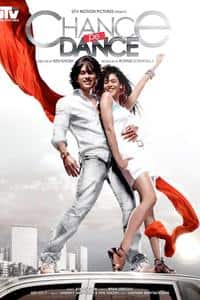 Chance pe dance (hindi: चांस पे डांस, chance to dance) is a bollywood dance/drama film starring shahid kapoor and genelia d'souza. it is directed by ken ghosh and produced by ronnie screwvala under his banner, utv motion pictures. the film was released on 15 january 2010 and failed to make a mark at the box-office.[2].the film's working title was yahoo and another title, star, was also considered.