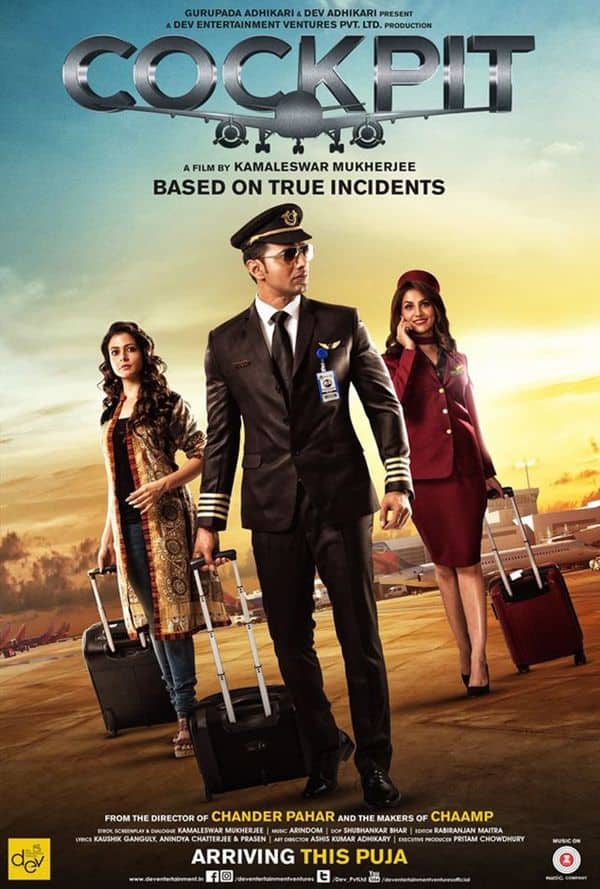 Cockpit is a story based on true incidents. The story follows a flight that is going from Mumbai to Calcutta and gets hit from bad turbulent weather. The film will follow as the pilot, Captain Dibyendu Rakshit(being played by Dev) attempts to land the plane, even with damaged engines. Other important characters are Kirti Sachdev(played by Rukmini Maitra), an air hostess and Riya Rakshit(played by Koel Mullick), wife of Dibyendu Rakshit. The other side roles are have Prosenjit Chatterjee as a cameo appearance. Paran Bandopadhyay as Mr. Dutta. Priyanka Sarkar as Afreen Hamidi. Raj Chakraborty as Shanu Ghosal. Saayoni Ghosh as Monica. Arshiya Mukherjee as Kitty.