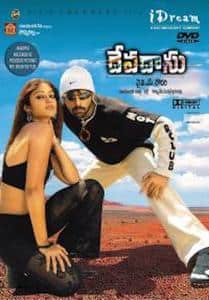 Devadasu is a tollywood film that released on 11 january 2006 and was directed and produced by yvs chowdary. debutants ram and ileana d'cruz play the main leads while sayaji shinde plays the negative role. indian actress shriya saran sizzles the audience with an item number. this film also won 2 filmfare awards south. this film was both ram's and ileana d'cruz's debut film as artists. the movie dubbed in malayalam as devdas also remade in bengali as paglu (2011).