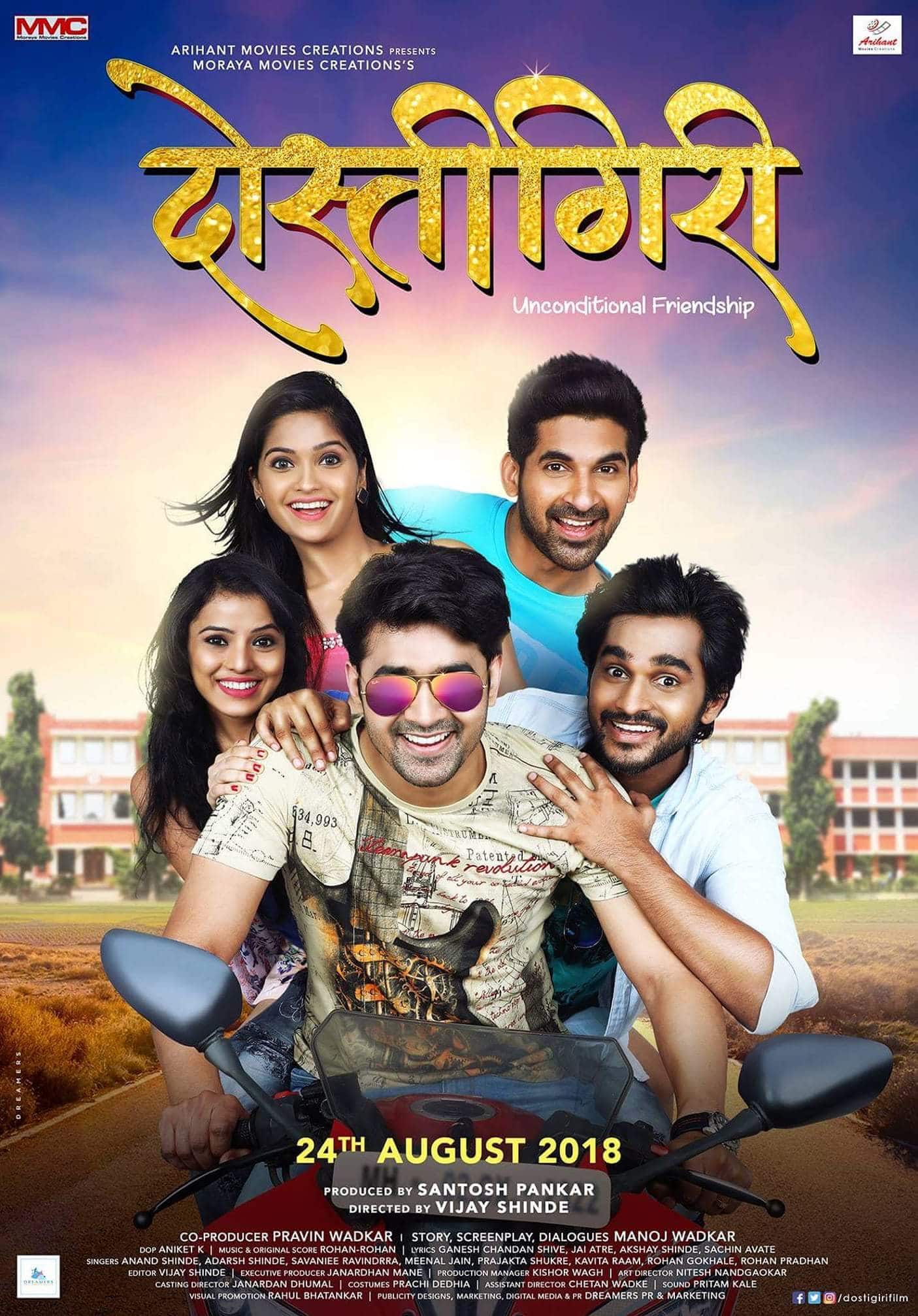 With so many films on campus life and school teenagers, a new film in this genre has to stand out with it's unique script and performances. Dostigiri, an upcoming Marathi movie, has the subject of enduring friendship as it's soul theme. With an ensemble of new faces and fresh look, Dostigiri looks attractive. The makers say it is not an ordinary tale of friendship though it does have characters and incidences picked up from day to day life. The cast of the film Dostigiri includes Sanketh Pathak, Vijay Gite, Akshay Waghmare, Pooja Malekar, Pooja J., Subhangi Latkar, Sharad Ponkshe, Rahulraj Dongre. The film is directed by Vijay Shinde and Santhosh Pankar is the producer. It is slated to release in this December amidst the demonetization season. Not just friendship , Dostigiri touches many aspects of life which are crucial in our modern lives. With an attractive cast the film looks all loaded with energy to take on the Marathi young audience.