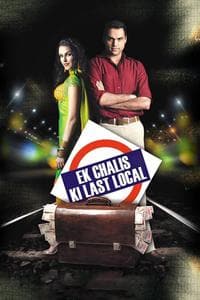 Ek chalis ki last local (english: last local of 1:40) is a 2007 bollywood crime comedy film directed by sanjay khanduri, starring abhay deol opposite neha dhupia in lead roles. the film released on 18 may 2007, and received positive critical response upon its release. despite its low popularity, the film managed to do well at the box office and turned out to be an surprise hit according to critics. it has been referred to as an cult classic in bollywood cinema.