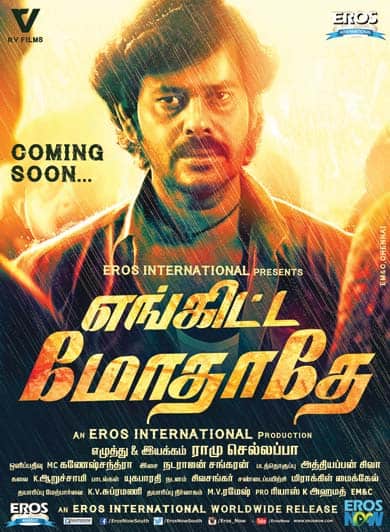 Enkitta Mothathe (English: Don't mess with me) is a 2017 Indian Tamil film, written and directed by Ramu Chellappa. The film features Natraj, Rajaj, Parvathy Nair and Sanchita Shetty in the leading roles. Co-produced by Eros International with RV Films, the film tells the story of two fan club leaders of the actors Rajinikanth and Kamal Haasan in Tirunelveli during 1988. The film had a theatrical release across Tamil Nadu on 24 March 2017