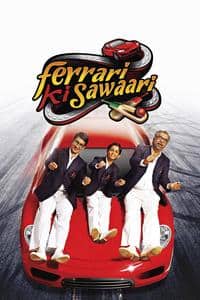 Ferrari ki sawaari is a 2012 hindi sports comedy film directed by rajesh mapuskar. the film is written by rajesh mapuskar and produced by vidhu vinod chopra who is an indian producer, starring sharman joshi in the lead. the film was released on 15 june 2012.