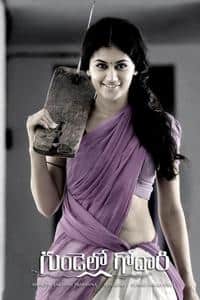 Gundello godari / maranthen mannithen is a 2013 telugu and tamil bilingual film being directed by kumar nagendra and produced by lakshmi manchu. the film features lakshmi, aadhi and taapsee pannu in the lead roles. the movie was released on 8 march 2013 while tamil version maranthen mannithen was released on march 23, 2013. the telugu version got positive response at the box office, and was show cased at the 2013 daring independent film festival, toronto.