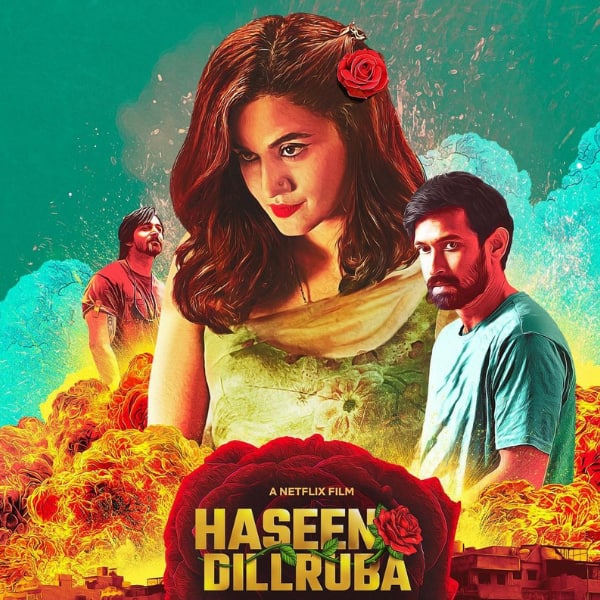 Haseen Dilruba is a Bollywood murder mystery thriller drama film. The film is based on a twisted love story, directed by Vinil Mathew. The film stars Taapsee Pannu, Vikrant Massey and Harshvardhan Rane in lead roles. The film is released on 2 July 2021 on the OTT platform Netfliix. Yamini Das played the role of Rishu's mother in other characters of the film. She adds a tinge of comedy to the film. Music by Amit Trivedi, cinematography by Jayakrishna Gummadi strengthen the film. There are many occasions in 'Haseen Dilruba' when you will find it ludicrous or unbelievable. But it is also true that at every second it keeps you hooked in the form of thrill generating twist and dark love story. Rishabh Saxena aka Rishu, an engineer from Jwalapur and the Rani of Delhi, has an arranged marriage. But the very next day both of them understood that they did not get the "qualities" they wanted in their life partner. Still both try to strengthen the relationship, but something is missing. In such a situation, one day Rishu's cousin Neil Tripathi comes home. And then a love triangle is formed. The passion that Rani wanted in a partner, she finds in Neil. But after some untoward incidents, she gets attracted towards Rishu. Relationships are about to be resolved when one day Rishu dies in a bomb blast. Police investigation reveals that Rishu is dead. Rani comes first under the suspicion of the police for the murder of her husband. The Inspector works on this case with all his heart, but Rani's story keeps him confused. He realizes that this case is not as easy as it seems. The story is woven around who and when gets him out of this confusion.