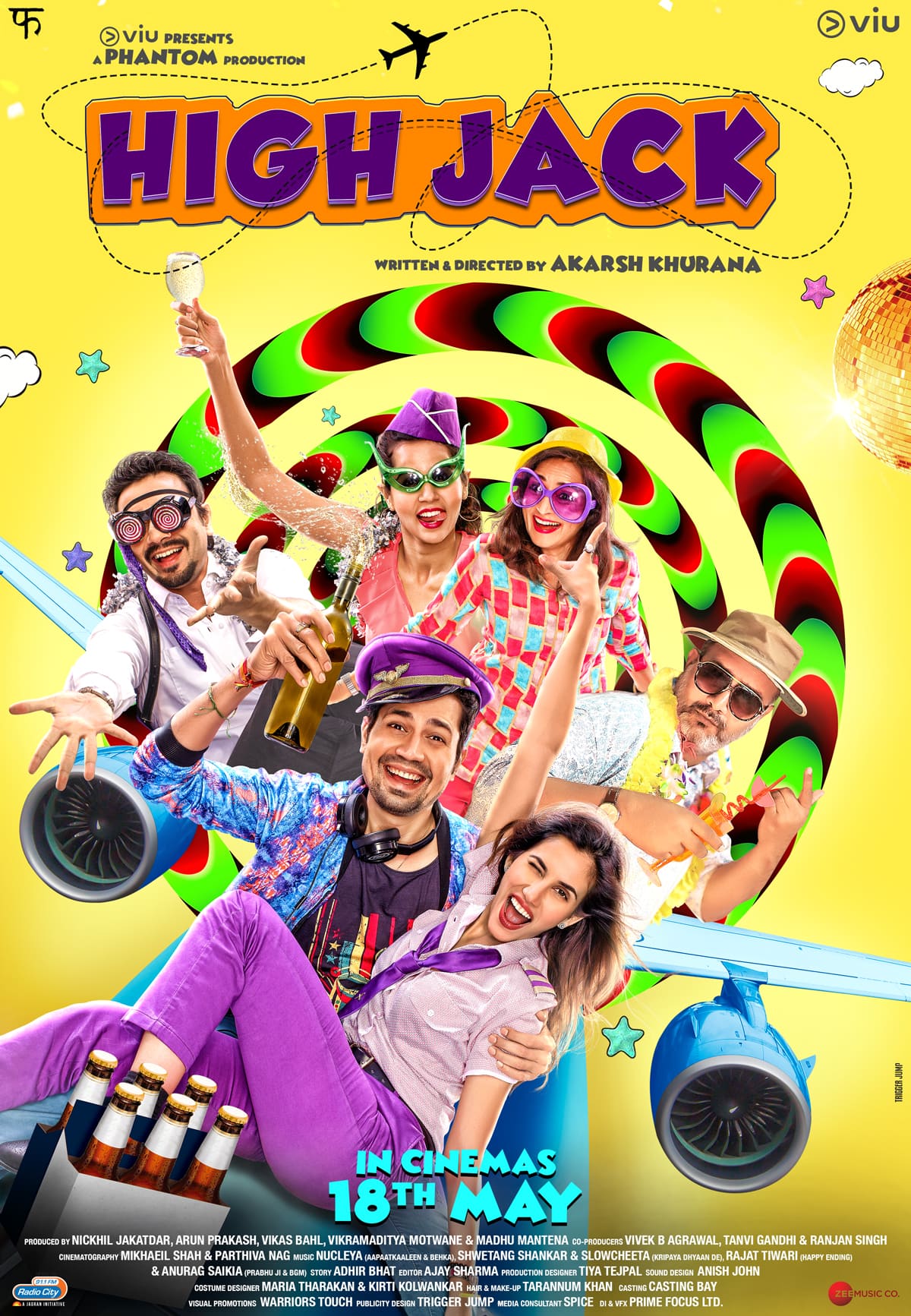 Rakesh, an out of luck DJ, has just found out that the gig he was to perform in Goa, has been canceled. He is in urgent requirement of money to save his Dad's clinic and in that desperation, partly agrees to carry a packet on his return flight to Delhi. He doesn't realise what's in the packet and the consequences. A bunch of devastated employees of an airline that is shutting down, decide to hijack it's last flight in a bid to recover some dues and to punish their employer. It's the same flight as DJ Rakesh's. With them are flying a bunch of interesting and some weird passengers. Things take a funny turn when people on the flight accidentally get high on the dope including the high jackers. As the plane loses it's direction, the fliers behave out of their minds, the flight turns into one big party...high in the sky.