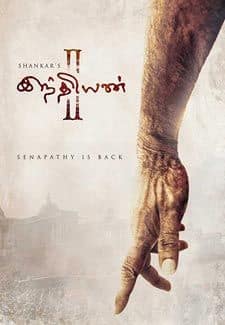 Indian 2 is an upcoming Indian film starring Ajay Devgn and Kamal Hassan in lead roles. Kamal Hassan is reprising his role as Senapathy. The movie is being directed by S. Shankar. The film is the sequel in highly successful 1996 movie of the same name starring Manisha Koirala, Urmila Matondkar in the lead roles with Goundamani, Senthil, Nedumudi Venu, Kasturi, Sukanya, and Crazy Mohan as the supporting cast.