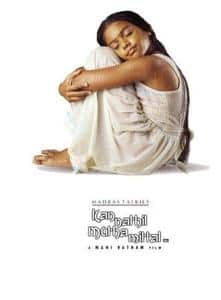 Kannathil muthamittal (english: a peck on the cheek) is a 2002 tamil drama film directed and produced by mani ratnam. it features p. s. keerthana, madhavan and simran in the leading roles with nandita das, j. d. chakravarthy, prakash raj and pasupathy portraying other pivotal characters. the film's score and soundtrack were composed by a. r. rahman, while ravi k. chandran handled the cinematography.