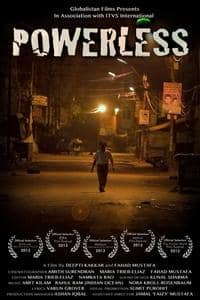 Katiyabaaz (english : powerless) is a 2014 indian hindi documentary film directed by deepti kakkar and fahad mustafa about the problem of power theft in kanpur. released in india on august 22, 2014, the film is shot in kanpur city, which faces long power cuts, giving rise to the profession of loha singh, a local electricity thief or katiyabaaz in localities like chaman ganj.