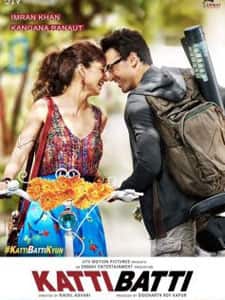 Katti batti is an upcoming hindi romantic comedy film directed by nikhil advani and produced by siddharth roy kapur under the banner of utv motion pictures. the film will star imran khan and kangana ranaut in the lead roles. principal photography for the film began in october 2014 and is scheduled for a 2015 release.