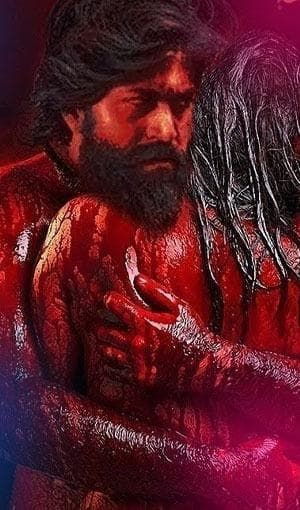 KGF Chapter 2 is written and directed by Prashanth Neel and is the second installment of the two-part series. The film starring Yash, Sanjay Dutt, Srinidhi Shetty, Raveena Tandon and Prakash Raj is a sequel to the 2018 film K.G.F: Chapter 1. Touted as the most expensive Kannada film with a budget of Rs 100 crore, the film is all set to rattle box office on 14 April 2022. The film will release in Kannada as well as dubbed versions of Telugu, Hindi, Tamil and Malayalam languages. The film revolves around Rocky, who becomes the messiah of people struggling at the KGF by fighting for them. He understands the changing dynamics between the politicians and gangsters in the gold business and in his aim to uplift the people, comes face to face his biggest nemesis, Adheera.

KGF 2 movie review: Yash and Prashanth Neel's film is big screen experience at its best. From the rivalry of Rocky Bhai and Adheera to the spectacular action and BGM, this is a movie experience for the big screen