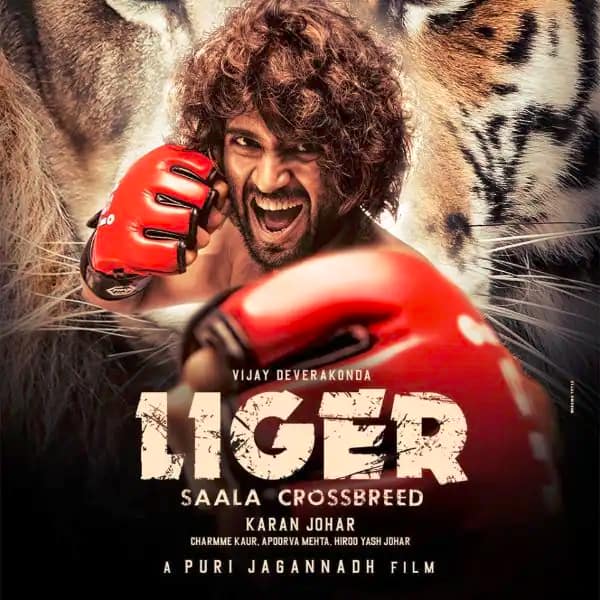 Ligar is an upcoming Bollywood action drama film directed by Puri Jagannadh. Arjun Reddy fame Vijay Devarakonda and Ananya Pandey will be seen together on the big screen for the first time in the film. The film will be released in cinemas on 9 September 2021. It is written and directed by Puri Jagannadh and jointly produced by Karan Johar, Charmme Kaur, Apoorva Mehta, Hiroo Yash Johar and Puri Jagannadh under the banners of Dharma Productions and Puri Connects. Karan Johar has shared the first look of this film. In the poster, you can see Vijay Devarakonda as a fighter. He is wearing boxing gloves. And he looks indignant. There is a photo of Lion and half Tiger in front behind Vijay. It is known that Liger is such a mixed breeder which is formed from the union of male lion and female tiger. Actors like Ronit Roy, Ramya Krishnan, Vishu Reddy and Makarand Deshpande will be seen in this film along with Vijay and Ananya. Karan Johar had already told that his new film is going to break the language barrier. Now he has told that Liger will be released in 5 languages. It will be released in Hindi as well as in Telugu, Tamil, Kannada and Malayalam languages.