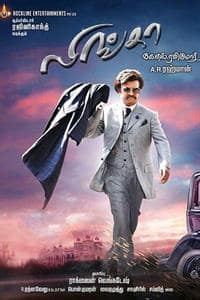 Lingaa is a 2014 indian tamil action-drama film directed by k.s. ravikumar, who also scripted the film in collaboration with the film's dialogue writer, pon kumaran. the film stars rajinikanth playing a dual role, jagapati babu, anushka shetty and sonakshi sinha in the lead roles. music was composed by a. r. rahman, while cinematography was headed by r. rathnavelu.