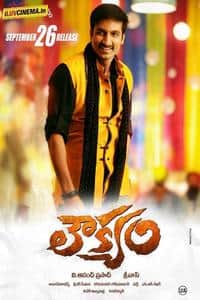 Loukyam (english: diplomacy) is a 2014 telugu film written by sridhar seepana and directed by sriwass which features gopichand and rakul preet singh in the lead roles. it is produced by v. anand prasad on bhavya creations banner. kona venkat and gopimohan provided the screenplay. vetri is the cinematographer, s. r. sekhar is the editor and anoop rubens is the music director of the film. it was launched formally on april 11, 2014 at film nagar in hyderabad.