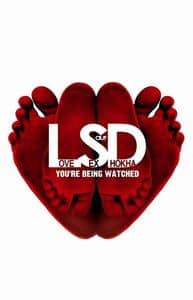 Love sex aur dhokha, a 2010 anthology film directed by dibakar banerjee and produced by alt entertainment, was released on 19 march 2010.it was given a u/ua certificate. it was shot entirely on digicam, being one of the first films coming out of india to be presented in the found footage style. the film is a satire on the way television news media has been turning into cheap entertainment, feeding social voyeurism without taking any significant moral or ideological stance.