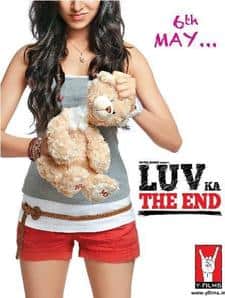 Luv ka the end (the end of luv) is a 2011 hindi film directed by bumpy, starring shraddha kapoor and taaha shah in the lead roles. the film was the first production of y-films, a subsidiary of yash raj films and released to mostly positive reviews on 6 may 2011. the film is also loosely based on 2009 american film wild cherry. it was a below average at the box office. this movie was inspired by 2006 hollywood movie john tucker must die.