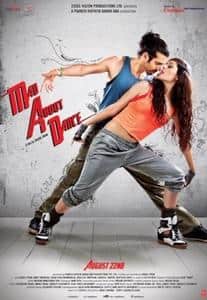 Mad about dance is an 2014 indian dance film. the film is directed by saahil prem. the film stars saahil prem and amrit maghera in the lead roles. saahil prem debuted as an actor alongside sunny leone in the 2014 film ragini mms 2, and is now making his debut as a director with mad about dance.essentially a dance film, it focuses on the youth, their dreams, anxieties, disappointments and hopes for their future.