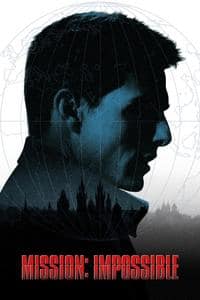 Mission: impossible is an american television series that was created and initially produced by bruce geller. it chronicles the missions of a team of secret government agents known as the impossible missions force (imf). in the first season, the team is led by dan briggs, played by steven hill; jim phelps, played by peter graves, takes charge for the remaining seasons.