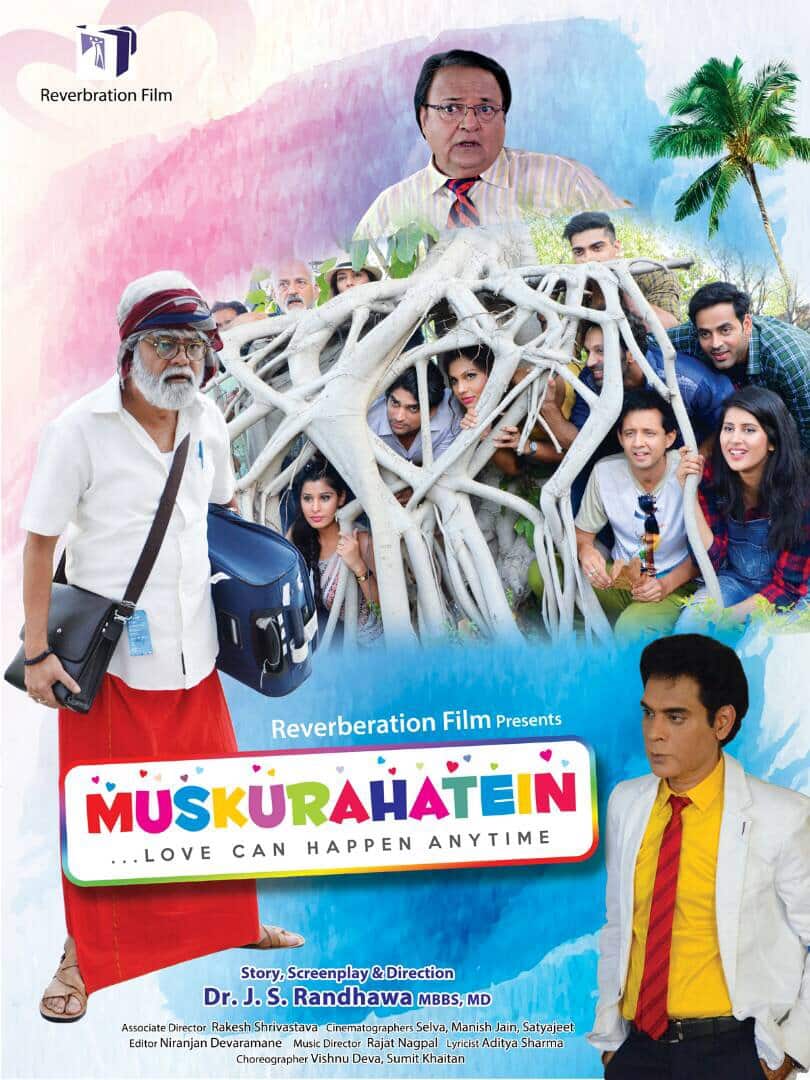 Muskurahatein is a story set in a medical training college . Here, the doctors are being trained in the field of ultrasound after completion of MBBS. Age group ranges from 25 yrs to 60 plus. A hilarious romantic comedy which focuses on relationship between a married professor and his young married student. Although ,both are married, they still get attracted towards each other despite the fact that both share good relationship with their respective spouses. The movie is scripted and directed by Dr Randhawa , an internationally renowned radiologist , who has based the story on true real life incidences that happened while training doctors . Muskurahatein sends out a message , that it is very common, for married people to have flings specially with easy communications through Facebook and whats app. However the situation is very critical and needs to be dealt with extreme caution . Movie sends a unique practical message in the end which can save many marriages. The outstanding melodious...