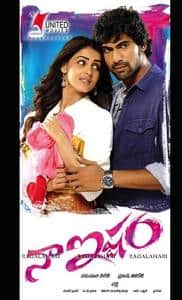 Naa ishtam (telugu: ?? ????? ) is a 2012 telugu-language film directed by prakash toleti which features rana daggubati and genelia d'souza in the lead roles. production works began in april 2011 and features music by chakri and released on 23 march 2012 and got mixed response and hence was an average at the bo.