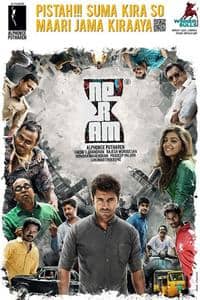 Neram (english: time) is a 2013 indian comedy thriller film, written, directed and edited by alphonse putharen in his directorial debut. simultaneously made in the malayalam and tamil languages, it stars nivin pauly, nazriya nazim and bobby simha in both versions. supporting roles were essayed by manoj k. jayan, shammi thilakan, and lalu alex in malayalam and nassar, thambi ramiah and john vijay portrayed the characters in tamil. the whole film is set within one day in chennai.