Home Movies No Means No 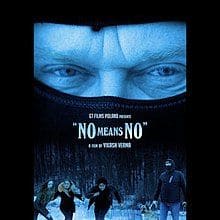 There are many such films in the world of Bollywood which manage to make headlines even before their release. In this context, India's first Indo Polish film No Means No is included in this list. Directed by Vikas Verma, this film remains a topic of discussion among the people. Recently the trailer of this most awaited film has also been launched. There is also a lot of curiosity about this film among the people of India and Poland. The interesting thing is that the trailer of this film has also got the award for Best Trailer. According to the latest reports, this film is now going to be released on 5 November 2021. Trade analyst Taran Adarsh ​​has also given information about the release date by tweeting.

No Means No Review