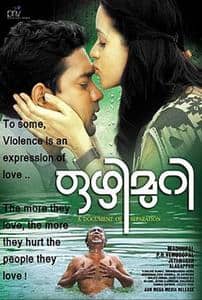 Ozhimuri (malayalam: ഒഴിമുറി, english: a document of separation) is a 2012 malayalam-language indian film written by jeyamohan and directed by madhupal, starring lal, mallika, asif ali, bhavana and shweta menon in lead roles. the original music and background score of the film are composed by bijibal. the film opened to critical acclaim but did not fare well at the box office. it was official selection in the indian panorama section of the 43rd international film festival of india.