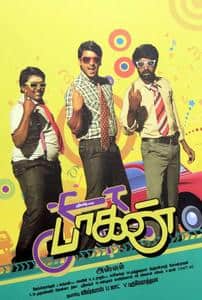 Paagan is a 2012 indian tamil comedy film directed by debutante mohammed aslam, who was an associate to ameer sultan. it stars srikanth and janani iyer in the lead roles. kovai sarala plays an important role in this film. james vasanthan composed the film's score.