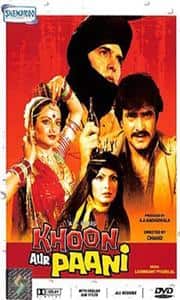 Paani (hindi: पानी, meaning "water") is an upcoming 2014 indian film directed by shekhar kapur. the film whose casting details are under wraps is based in a future world where wars over water have broken out and water being owned by international corporations who use thirst as a weapon of control. in one such future city, a young love story breaks all the rules and in the ensuing war, water flows back to its people.