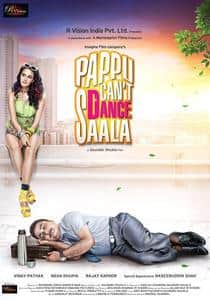 Pappu can't dance saala (hindi: पप्पू कांट डांस साला) is a 2011 india romance comedy film written and directed by saurabh shukla. the film stars vinay pathak and neha dhupia in the lead roles, whilst rajat kapoor, naseeruddin shah, sanjay mishra, and saurabh shukla play supporting roles. the film released on december 16, 2011. the title of the film is taken from a song of the same name, from the film jaane tu ya jaane na (2008).