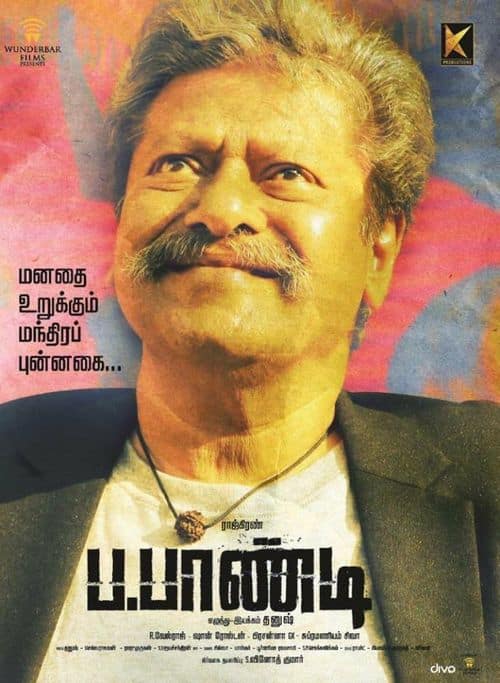 Power Paandi is a story about retired stunt master Power Paandi (Rajkiran) living with his son Raghavan (Prasanna), daughter-in-law Prema (Chaaya Singh) and their two children Dhruv (Master Raghav) and Shaksha (Baby Chavvi). Power Paandi is a person who always gets himself into some social causes, in one such instance it becomes a policecase and his scolds him, then he decides to go for bike trip which leads him to his first love Poondhendral (Revathi). The story moves to the flashback and rest of the story narrated with fun and emotions. Actor Dhanush takes the role of a writer and director for Power Pandi for the first time. The movie produced under his own banner 'Wunder Bar Films'.