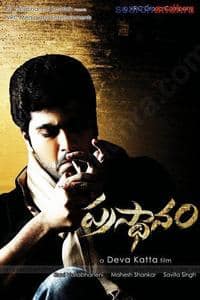 Prasthanam (telugu: ప్రస్థానం; english: the journey) is a critically acclaimed 2010 indian telugu-language drama film written and directed by deva katta. the film was produced by ravi vallabhaneni under vrc media & entertainment banner. it was dubbed into tamil as padhavi . its cinematography done by shamdat who worked for avakai biryani before. editor dharmendra kakarala a pass out from srfti debu as film editor.