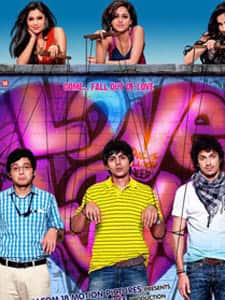 Pyaar ka punchnama', the film which earned the title of being a modern comedy cult, is back with more action. the story is now for those who didn't get it the first time. directed by luv ranjan, the cast of the film has been changed apart from kartik aryan and the three actresses. the story is yet another agony tale of three guys being 'used' by girls in their lives. also, there is bit in the suggesting another classic frustrated boyfriend speech! the film retains karthik tiwari and nushrat bharucha's pair from the prequel and is produced by viacom 18 motion pictures and panorama studios production. the film will release on october 16.