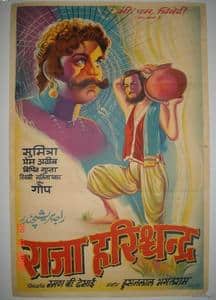 Raja harishchandra (marathi: राजा हरिश्चंद्र rājā hariścandra) is a 1913 indian silent film, directed and produced by indian icon dadasaheb phalke, and is the first full-length indian feature film.[1] the film was based on the legend of raja harishchandra, recounted in the ramayana and mahabharata. although a silent film with intertitles in marathi,english and hindi.