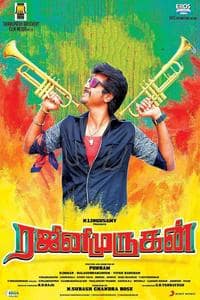 Rajini murugan is an upcoming romantic comedy film directed by ponram, who made his debut with varuthapadatha valibar sangam (2013). the film has sivakarthikeyan, keerthi suresh in the lead roles, while soori, samuthirakani and rajkiran play supporting roles. the film produced by thirrupathi brothers will feature music by d. imman and cinematography by balasubramaniem.