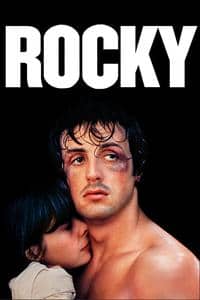 Rocky is a film directed by john g. avildsen and both written by and starring sylvester stallone. it tells the rags to riches american dream story of rocky balboa, an uneducated but kind-hearted debt collector for a loan shark in the city of philadelphia, pennsylvania. rocky starts out as a club fighter who later gets a shot at the world heavyweight championship.