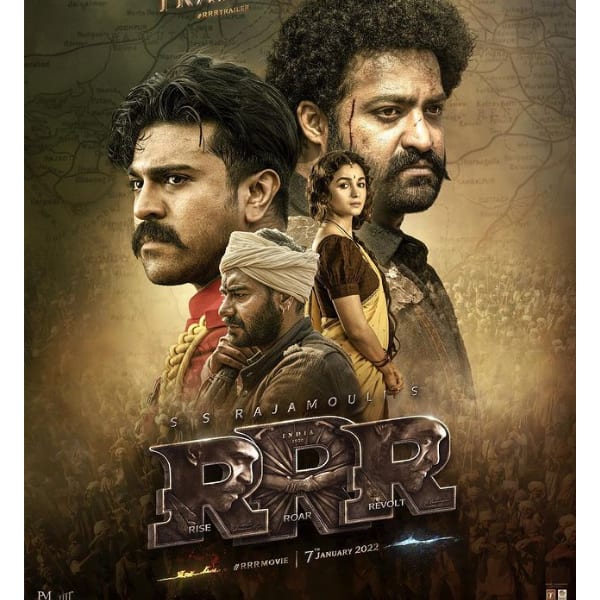 Directed by S S Rajamouli, the period action drama film RRR stars N T Rama Rao Jr and Ram Charan in lead roles while Ajay Devgn and Alia Bhatt in cameo appearances. The storyline of the movie is about two Indian revolutionaries, Alluri Sitarama Raju (Charan) and Komaram Bheem (Rama Rao), who fought against the British Raj and Nizam of Hyderabad. RRR is scheduled to be released theatrically on March 25, 2022. The film is produced by D. V. V. Danayya of DVV Entertainments. The film was shot extensively across India, but a few sequences were shot in Ukraine and Bulgaria.