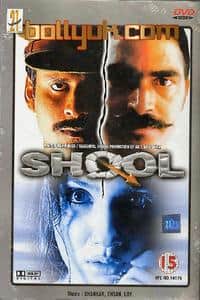 Shool (hindi: शूल, english: thorn) is a 1999 hindi crime drama film written by ram gopal varma and directed by e. nivas. the film portrays the politician-criminal nexus and the criminalization of politics in the state of bihar, and its effect on the life of an honest police officer. the film starred manoj bajpai as inspector samar pratap singh and sayaji shinde as the borderline psychopath criminal-politician bachhu yadav. the film won the national film award for best feature film in hindi.